Ilmer is a small village of 27 houses, 4 farms and church situated 1 mile south of the Thame to Princes Risborough road between Kingsey and Longwick. 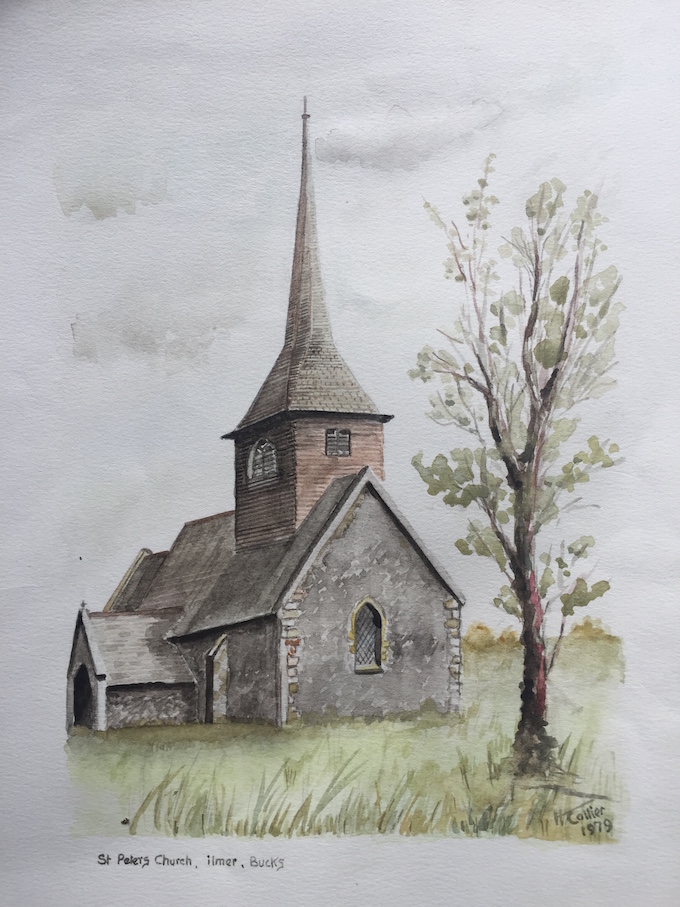 St Peters church sits alongside the village green in the centre of this pretty village. The church is a listed 12th century building, rebuilt in the 14th century and then modified and restored in the 16th and 19th century respectively. Services are held on the first and third Sundays in the month. All are welcome.

A detailed history of Ilmer can be found in “A History of the County of Buckingham: Volume 4, ed. William Page (London, 1927)” pages 61-63 which is available online at British History

Ilmer has been known as Ilmire and Illmire. As late as 1949, the Bucks Herald still occasionally referred to Ilmer as Ilmire.

HIGHWAYS COMMITTEE - Mr. Robert Bailey wrote, on behalf of the Ilmire parish meeting, drawing attention to a danger existing at the corner near the pond on Ilmire Church road, and asking that a part of the pond be filled in. The Surveyor was instructed to report on the matter at the next meeting

And sometimes, they used both spellings:

And even in 2016, Bucks CC mis-spelled Ilmer on the re-surfacing website: